13 Infrastructure Decisions That Result In Poor IT Security 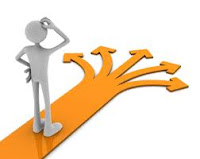 Designing, architecting, and implementing a corporate network is a daunting task. It is easy to become lost in
the minutia and overlook some big picture issues. This is especially true in regards to security. Some decisions that make sense in terms of efficiency, throughput, compatibility, ease of administration, etc., might not result in good security. This white paper presents 13 somewhat common infrastructure decisions that can result in poor IT security. (They are not in any particular order.)

A high-performance network that supports efficient productivity is highly desirable. However, when a decision must be made between a reduction in throughput versus increased security, security should be valued at least as highly as productivity. Without security, productivity will not last. Without proper and sufficient security controls, malicious code or hacker attacks can quickly render a network infrastructure unable to support legitimate communications or transactions. High-speed communications are important, but we must protect the availability of the network in order to have a network.

Any single point of failure is a poor infrastructure and design decision. There should be two exits from every
room. There should be at least two copies of every file. And there should be at least two connection paths out to the Internet. (There is an assumption here that Internet connectivity is an essential utility of the organization. If not, then redundancy is not as important.) With only a single connection to the Internet, there is a single point of failure. One mis-configured connection device, one hardware failure, one payment lost in the mail, one misguided backhoe, and the connectivity is lost. Every aspect of a network should be designed with redundancy in mind in order to avoid single points of failure.

More than half of security breaches are caused by internal personnel. It is often incorrect to assume all users, programs, and processes within the organization’s network are safe and trustworthy. Every moderate to
large network should implement traffic shaping, traffic throttling, and traffic control measures internally. By
implementing these features, no one network service, application, protocol, or user can fully consume all of the network bandwidth to the exclusion of others. Thus, mission- critical communications will always have sufficient bandwidth reserved for them.

Evidence of compromise is a valuable asset. However, it can only be obtained at the instant the compromise
is performed. If the network is not already actively recording network events into a log file or audit trail, then
security breaches will go unnoticed. It is better to record events to a log file that are not needed, than to not
record events that are essential to detection, response, and potential prosecution. Without an ongoing permanent record of events (i.e., log files), you have no evidence of benign or malicious activity, and trends toward bottlenecks will go unnoticed as well.

5. Depending on Physical Security

Every environment must properly address logical/ technical security, administrative security (i.e., policies and
people), as well as physical security. Each of these three areas is somewhat self-contained in that the security
measures of one do not ensure protection against threats from the other. In other words, logical protections
defend against logical attacks, and physical security defends against physical attacks. It is a mistake to assume a strong physical security solution is compensation for poor or lax logical security. Malicious code and social engineering attacks are still possible even with an impenetrable physical fortress. Just as with logical security, there are a wide variety of physical security options. You need to implement those that are relevant to your specific needs. However, some common examples of physical security controls include security cameras, security guards, lighting, conventional and electronic locks, burglar alarms, man traps, fencing, fire resistant building materials, and fire detection and suppression systems.

6. Assuming the Electrical Service Is Reliable and Consistent

Electricity is the life blood of computer technology. Without power, computers and networks fail. And not just any power; pure, consistent, clean, regulated power is necessary for the long-term viability and stability of computer networks. Power grids can and do fail. The power company cannot guarantee uninterrupted service or prevent electrical noise. You must use surge protectors, power line conditioners, uninterruptible power supplies, and on site power generators to ensure only consistent, conditioned power is fed to your electronics. The loss of power, even for short periods of time, means operational downtime and potentially lost or corrupted data. 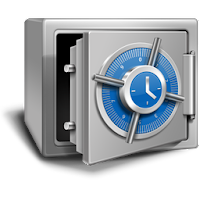 Bad things happen. You must be prepared. Backups are the only form of insurance against data loss. Without backups, your data is at risk. Serious risk. Real risk. You need to follow the backup 3-2-1 rule:


Failing to store a backup offsite is also a failure of taking the real world seriously. Complete and total destruction by fire, flood, tornado, and other acts of nature is common. No home or office building is completely protected. Assume the worst, and then plan to survive it. No, not just survive, but thrive through it. Be better prepared than your neighbors or competition. Be the first to fully recover and be back in business.

Leaving unused ports open and active is the same as leaving your back door unlocked while you go on vacation. Anyone can connect an unauthorized system to an open port. System hardening has two basic steps: remove what you don’t need, lock down what is left. If a physical port is not in use, disconnect it, turn it off, make it go dark. When you need the port in the future, then re-enabled it. Don’t enable any connection path before it is secured or before it is needed for a business task.

Wireless networks are a challenge to secure and support. Often, the cost in effort as well as budget is not worth it when compared to using a physical cable. Before deploying a wireless network, ask a few questions.


I would generally recommend against installing wireless networks for most organizations. This is because interference and DoS are always possible, even with the best wireless security configured and the strongest wireless encryption enabled.

10. Not Planning for Mission-Critical Task Interruptions or Disasters

Murphy (as in Murphy’s Law) hates you. The universe tends towards entropy. The only thing that remains the same is change. Assuming your organization will continue to function into the future exactly the way is does now is a fantasy. Things will change; some for the good, many for the bad. Natural disasters, malicious code, fire, thieves, disgruntled employees, criminal hackers, and the rambunctious children of your employees can cause mission-critical task interruptions, downtime, and disasters. By failing to plan, you plan to fail. You must plan your response and recovery now before a business interruption occurs. Disaster recovery planning focuses your recovery on the most mission-critical processes in priority over less essential functions.

11. Avoiding Hardware Replacements Based on MTTF/MTBF

The most common cause of unplanned downtime is hardware failure. Most devices are tested and rated based on how long they should operate under normal conditions before experiencing their first failure. This is a time rating of either mean time to failure (MTTF) or mean time before failure (MTBF). MTTF is for devices that are usually replaced upon failure. MTBF is for devices that can be repaired and returned to service. The MTBF thus serves as the measure for the time frame before the first failure and between all subsequent failures. Hardware should be scheduled for replacement/repair around 95% of its MTTF/MTBF. While some statistical outliers will fail earlier, and some might last for much longer without failure, statistically, the odds are in your favor when you plan to replace devices just before their average failure time is reached.

Any communication pathway that supports legitimate transmission of data can also be used to transfer malicious code. One of the more notorious culprits of this is removable media. Whether CD, DVD, floppy, zip disk, smart card, flash drive, or USB hard drive, all of them present a real and current risk. Many forms of malicious code can spread through removable media one machine at a time. If a system is infected, potentially any storage device connected to that machine can become infected. Then as that storage device is connected to other computers, the malicious code spreads. When anyone brings removable media in from anywhere there is a significant risk of infecting the company network. Make it company policy that all media from outside sources must be screened and scanned on a dedicated malware scanning system before being used on any other office computer.

Another common method of distribution of malicious code is the Trojan horse, which is a supposedly benign
program that happens to contain a hidden malicious payload. When the host program is used, the malware is
delivered. Trojan horses can be obtained from removable media brought in from outside sources, downloaded from the Internet, exchanged through peer-to-peer services, received as an e-mail attachment, and shared across network services. When regular users have sufficient permissions to install new software, they, in turn, also have permission to launch malicious code. One method to eliminate this risk (or at least significantly reduce it) is to prevent end users from being able to install software. One way to accomplish this is through the use of a white list. A white list is a file of the names and hash values of all executables that the organization has deemed safe and necessary for users to accomplish their work tasks. Only the applications on the white list will execute on the user’s system. All other programs, including any installation process or malware, will fail to execute as it will not have permissions to do so. White listing does restrict a user’s freedom, but on a work computer, security is often more important than granting users complete control over their workstations.

I hope your organization is not making all of these mistakes in its infrastructure decisions. It is possible that your organization can improve its security in one or more of these areas. Take the time to assess your current security policy in each of these areas to see if there is room for refinement or improvement. Keep in mind that security is never an accomplishable goal. Instead, it is a long and difficult journey that requires vigilance and persistence in striving towards improved security over time.