10 things you can do to boost PC performance 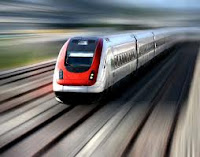 Takeaway: Does your PC performance need a kick in the pants? These simple steps will help speed things up.


There’s so much information out there about PC performance (especially on Windows machines), it’s difficult to be sure what’s right and what’s not so helpful. Here are 10 proven performance enhancements you can make to your computer, many of which are free.


1: Get rid of malware
New machines shouldn’t have malware on them. But one of the most common causes of the “my PC used to be fast, and now it isn’t!” complaint is actually the presence of malware. Malware can sneak onto a computer in a zillion different ways and quite often it sits in the background slowing your machine to as it sends out spam emails, searches for other computers to infect, works on cracking cryptography, or any number of the other nefarious tasks that hackers like to use their botnet slaves for. There’s a good chance that the malware brought even more friends with it (that’s often how you see computers with thousands of viruses on them not long after the initial infection), and the infection may be bad enough to justify a wipe and reload. My first step in investigating a slow system is usually a virus scan.

2: Upgrade to a better video card
For typical business productivity tasks, a video card probably isn’t an upgrade that will have a lot of value. But for gamers and other similar uses, a video card is a slam dunk upgrade. If your current card and motherboard support SLI or CrossFireX, adding a second card and bridging them will be a good option as well. In some scenarios, better video cards can be a huge benefit even without heavy onscreen video work, because certain applications can leverage the GPUs for calculations.

3: Get a faster drive

Many times, the real performance issue is the speed of disks. Look at numbers like the RPMs, cache size, seek speed, and transfer rate to buy a faster drive. Often, a good drive will seem slow because the computer’s power settings are allowing it to spin down. You may want to consider changing these settings to make sure that the disk is more likely to be ready to work when you need it to. While the SSD vs. hard disk debate is still continuing, SSDs usually seem to feel faster to users. Boot times are usually cut for sure. But something about an SSD makes a system feel more responsive or “snappy” to use, and for day-to-day work, that’s a great feeling.

4: Address hardware and driver issues
All too often, system slowness is actually a sign of hardware problems. For example, if your CPU isn’t being properly cooled, it will often have its speed reduced in an effort to keep it from overheating. Recoverable errors with disk access can kill your throughput while not showing up as a dead drive. And bad hardware drivers can often make the whole system slow, especially video drivers. Using utilities to check your CPU speed and various temperatures, scanning for hard drive errors, and updating your drivers is a good start to investigating performance problems. Often, problems caused by hardware or drivers are not just poor speeds, but system flakiness too.

5: Use a RAID
Using a RAID can dramatically lower the read and write speeds of your disks, depending upon the RAID level you choose. You will want to do some research to see what RAID level fits your needs the best. Personally, I am a fan of RAID 1, 6, and 10 because I feel that they offer appropriate levels of data protection along with a good measure of speed improvements.

It’s no secret: Different browsers perform differently, and most people spend a lot of time in their Web browser. Benchmarks really muddy the browser speed conversation. Some browsers perform well on some but do badly on others, even when they are supposed to test the same thing. The problem with the benchmarks is that what they usually test is not real work performance! While JavaScript is an important part of the modern Web, few Web applications beat on the JavaScript engine hard enough to produce a noticeable impact on performance. That said, it’s been my experience that the Chrome browser is the fastest for actual work. If you want to have your Web browser feel more responsive and lively, consider a switch to Chrome.

7: Remove junk
It’s easy to have a computer get loaded up with junk that slows it down. The worst part is, we invite this garbage into our lives by installing “helpful” utilities, toolbars, and other add-ons. I could easily write a list of 10 kinds of computer-stalling junk. Here are some of the things you’ll want to seek out and remove for best performance:

8: Add a faster DNS lookup server
Most ISPs love to brag about how much bandwidth they are giving you. But they don’t mind letting the rest of their infrastructure slowly get overwhelmed or deteriorate. Among the biggest offenders are the DNS servers our ISPs use. If you want to know why things seem to take forever to start loading, slow DNS servers are often the cause. Consider adding a fast DNS server as your primary DNS server in your TCP/IP settings. Google’s Public DNS server is a great option.

9: Defrag
Defragging your hard drives is a great way to get some more performance. While modern Windows systems automatically defrag on a regular basis, I’ve found that the Windows defragging is fairly unaggressive. We’ve reviewed a lot of different defrag apps here at TechRepublic. I suggest that you check out your alternatives and find one that does a better job for you.

10: Check network connectivity
Time and time again, “system slowness” actually is caused by networking issues. Our computers do so much on the Internet that slowness there can affect just about everything you do on a regular basis. While there isn’t enough space to write an exhausting troubleshooting list here, some of the things you should try (or investigate) are:
By Justin James
September 9, 2011, 2:17 PM PDT
Original Source
Share This